by The Magic Ray 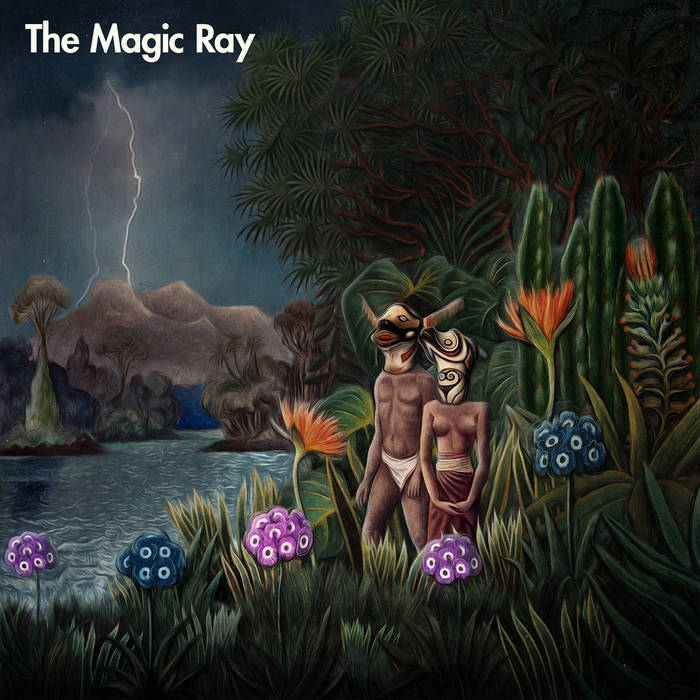 Work on The Magic Ray began in 2015 when, after playing him recordings of a set of spontaneous compositions, Cosmo Vitelli offered to produce the album in his new studio in Marzahn, located in the somewhat desolate far east of Berlin, Germany.

We worked on new arrangements of selected songs, and re-recorded guitars, bass, and electronics. Live drums were laid down by skilled percussionist Chris Imler. Vocals and lyrics were provided by the Scottish singer Catriona Shaw, as well as by the legendary Kid Congo Powers who features on a rework of ‘The Enjoyment of Fear’, up until now only available as a limited edition 7” vinyl.

Further production and arrangement was taken up by trusted colleague G.D.Luxxe, who had previously produced the Electronicat album "21st Century Toy". The track “Sky Sunlight Sky” was created in his studio in Vienna.

The Magic Ray is not exactly a departure from what has been before. This Magic Ray masteres hillbilly motor skills, a transmutation of rhythms into notes and notes into rhythms. This magic ray delivers a selection of beautiful voices, placing them here and there; it takes its time and tries its hand at cruising through the cosmos. This magic ray consists of photonic guitars that peal a dynamic impact. It is a form of light that, with its shimmering nature, will strip you down, yet leave you masked in mystery, at the edge of a lake standing amongst the dogs and the wolves. With its strings and various syntheses, this Magic Ray is as electric as it sometimes may appear. A.M

Bandcamp Daily  your guide to the world of Bandcamp

outré black metal, with a Victory Over the Sun interview and music from Liturgy and Jute Gyte.